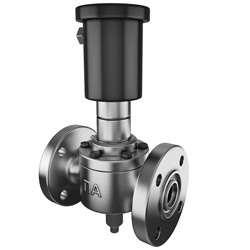 Direct acting solenoid valves are preferable because they provide greater reliability in operation. They are less demanding of air purity, ambient operating temperature and they have a longer lifetime. The major advantage of electrically actuated valves is their fast response time.

One more point that is important is that it is possible to integrate electrically actuated industrial valves into an existing valve control system or apply them in the construction of a new system. For that purpose, PromArm supplies electric actuators with control units that have a digital interface such as Modbus, Fieldbus, Profibus, DeviceNet, FieldbusFoundation.

Item has been added to корзину